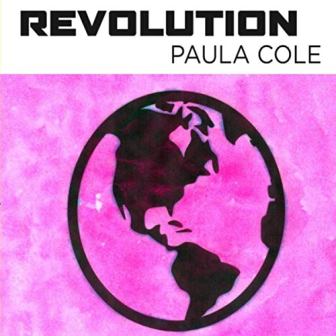 Massachusetts born singer/songwriter PAULA COLE has been in the business since the early 90s. She debuted in 1994 with the acclaimed album, ‘Harbinger’ which was followed by the double-platinum second album, ‘This Fire’. Ms Cole has gone on to win a Grammy for Best New Artist and has enjoyed an additional six Grammy nominations, while her song ‘Where Have All the Cowboys Gone’ has become a classic of the singer/songwriter genre.

Right now Paula is busy promoting her tenth long player, ‘Revolution’ and normally her work wouldn’t sit too accurately in the hallowed pages of soulandjazzandfunk but we need to tell you that the album boasts a wonderful cover of Marvin Gaye’s ‘The Ecology (Mercy, Mercy Me)’ . Like all great covers, Paula reinvents the song in her own special way… gentle, yet still meaningful and questioning…. quite lovely and worth invstigating by all Gaye collectors.

Elsewhere, the album offers a tasty slice of Americana in ‘Go On’ and a Prince like, ‘Hope Is Everywhere’.

Paula Cole’s ‘Revolution’ is out on now on her own 675 label.