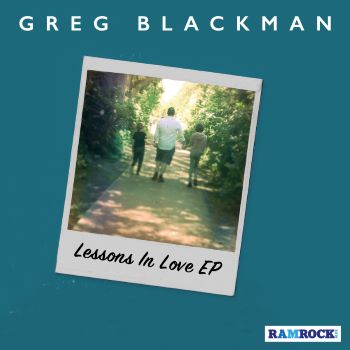 UK soul connoisseurs have known about blue-eyed soul man GREG BLACKMAN for some time. (By the way, for the record, Greg’s eyes are green!). Back in 2014 after working with DJ Steve Bird (aka Mr Bird) he enjoyed chart success with ‘Over Again’ and ‘Where Did The Party Go?’ His heavier 2017 ‘Never Trust Another Man Again’ was another chart rider while his album ‘GB4’ won our Greg more support.

To allow everyone to get to know Greg a bit better, his team at Ramrock Records are all set to release a three track EP sourced from the LP. The EP’s lead track is Greg’s lovely interpretation of Level 42’s ‘Lessons I Love’. Moody and sombre, it’s a perfect vehicle for Mr B’s soulful and sonorous tones which will resonate with everyone who has suffered turmoil in their relationships.

The EP’s two other offerings are mixes of Greg’s cover of the ever-lovely 60s song ‘Stormy’. The tune first surfaced in 1968 by the US sunshine pop outfit Classics IV and it’s been covered many times since – most notably by Billy Eckstine (grab a listen of his exquisite Isaac Hayes produced version) and The Supremes’. Greg’s ‘Wallace and Morris’ mix of ‘Stormy’ offers a very gentle bossa nova vibe… very Sergio Mendes, while the original LP version, which features guitarist Chris Franck, is a simple yet beautiful acoustic version of the song. Very atmospheric and yes – simply beautiful.