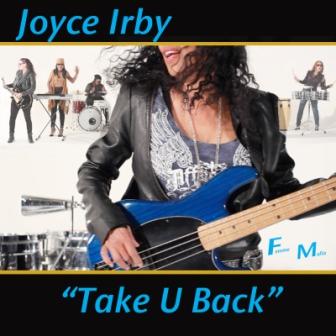 Remember KLYMAXX? Sure you do! The all girl band broke down all kinds of musical barriers and to this day they remain the only female self-contained R&B/pop band to achieve platinum status. Now after a long absence band bassist and vocalist JOYCE IRBY is making something of a comeback.

Ms “”Fenderella” Irby has just released a new single which has a decided retro… even Klymaxx …. flavour. Tune in question is called ‘Take U Back’ and it rides a proper throbbing bass line with a vocal that might recall someone called Michael Jackson!

The DJ mix is already winning dance floor favour and with a DJ Spen mix scheduled for the New Year, looks like this tune could have legs!