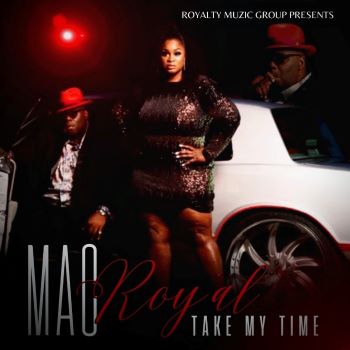 MAC ROY’AL is a US soul man who, though born in Las Vegas, was brought up in Memphis where he served his musical apprenticeship in the church. His earliest forays in to the secular musical world came with the groups Adagio, Vessel and Remedy. Right now though, Mac is focused on a solo career. He has one album under his belt, 2018’s ‘Royal Soul Vol. 1’ and he’s now gearing up to release the follow up, imaginatively titled ‘Royal Soul Vol. 2″.

The set’s  first single has just been released and ‘Take My Time’ has both soul and R&B appeal. It’s a ponderous groove with some pleasing touches including an old school but short  monologue  which opens with the rather odd confession that our man “doesn’t speak Russian!”