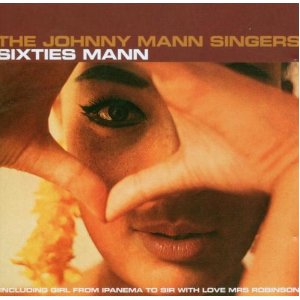 Fans of the easy listening genre will be delighted to learn that El Records (a Cherry Red imprint) have just released a wonderful 23 tracker from the doyen of the genre…. JOHNNY MANN. ‘Sixties Man’ from the JOHNNY MANN singers includes all the very best stuff from the 36 albums that the prolific Baltimore arranger/producer recorded through the 60s.

The album contains MANN’S best known outing – his version of the JIM WEBB song ‘Up Up And Away’ that pipped the FIFTH DIMENSION’S take in the chart stakes. Interestingly there’s another FIFTH DIMENSION song on the set – a dreamy version of their ‘The Worst That Could Happen’. Elsewhere expect lots of BACHARACH and BEATLES along with distinctive tweaks on staples like ‘Never My Love’, ‘Windy’, ‘Call Me,’ and ‘The Girl from Ipanema’.

It’s all beautifully relaxing stuff and though SOUL BROTHER No. 1 might not approve, I’m sure AUSTIN POWERS would!

Find out mroe at http://www.cherryred.co.uk/shopexd.asp?id=1344