TAKE ALL OF THAT! 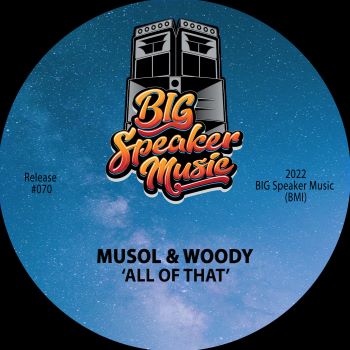 MUSOL (aka Paul Wiltshire) has been on the dance and soulful house circuit for more years than he cares to remember. He’s  been in there since the late 80s and has played alongside big names including Todd Terry, Hot Since 82, D Ramirez, Mike Mago, Flashmob, Marshall Jefferson, Jon Carter, and Shades Of Rhythm. In the mid noughties he founded his own MuSol imprint which has grown into a hugely respected indie label, boasting a host of top 10 dance hits, with tracks being licensed to compilation albums such as Hed Kandi & Cafe Del Mar.

Musol’s latest outing is  a proper slamming, steamy 90’s style vocal house cut…. ‘All Of That’. Helping our man deliver is Woody – Christian Wood a music entrepreneur; and although he’s not directly involved in production, we’re told “he inspires Paul with his ideas and is an integral part of the team.”

‘All Of That’ is proper throwback sound – big breakdowns, bigger drum rolls and a deep bubbling bass groove all under a fierce diva vocal – oddly anonymous on my copy! There are just two mixes – the five minute plus original and, for the wimps, a radio edit!