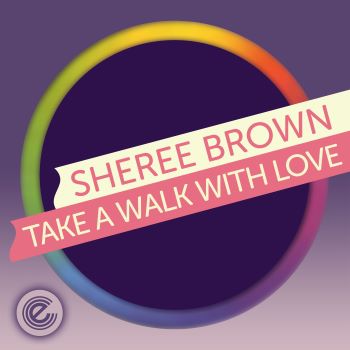 Los Angeles’ SHEREE BROWN is possibly best known for her song ‘Got To Get Away’. Since its 1982 release it’s been a big favourite on the rare groove scene. The track was taken from her Capitol LP ‘The Music’ while another of her Capitol cuts, ‘It’s A Pleasure’ was another big favourite with the UK soul community. After leaving Capitol, Sheree continued to work and became an in-demand writer. Zhane’s wonderful ‘Groove Thang’ is one of her biggest achievements.

For some time now Ms Brown has been working on a new project… a full album, ‘Messages From The Spirit… The Collective’. She says the set; “is a collection of uplifting songs focusing on love; self-love, love of family and community, and love of humanity. They are designed to evoke compassion, peace and happiness, an antidote to the drought of these troubling times”. Sheree adds that the reference points for her project were classic albums like Gil Scott Heron’s ‘Pieces Of A Man’, Minnie Ripperton’s ‘Come To My Garden’ and Earth, Wind and Fire’s ‘That’s The Way of The World’ – all albums that properly speak to the soul.

You can catch the flavour of the album via the set’s first single ‘Take A Walk With Love’ when it wins release on Expansion Records on February 5th. The sound is the sound of sophisticated soul melding with a gentle jazzy vibe while the lyric underlines the current importance of universal love to help us get through. Sheree’s vocal delivers  with all the conviction and soulful experience of a singer with such a distinguished CV.

Interestingly, there will be a book to accompany the album. Obviously titled ‘Messages From The Spirit’, the volume features artwork by the internationally acclaimed artists Charles Bibb. It’ll will be a perfect partner to the thought-provoking album.

SHEREE BROWN; ‘Messages from the Spirit… The Collective’ will be released on March 5th. The ‘Take A Walk With Love’ single will be available from February 5th via Expansion Records.