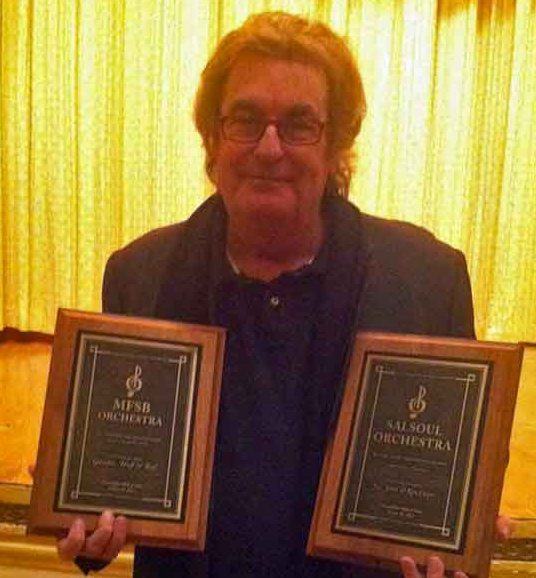 Philadelphia session guitarist T J (Thomas Joshua) TINDALL died on Tuesday 26th January. Soul-wise, he’s best remembered as an integral part of both MFSB and the Salsoul Orchestra while his countless sessions include work on hits for The O’Jays, Phyllis Hyman, Major Harris, The Temptations, The Trammps, the O’Jays, Lou Rawls, Teddy Pendergrass, Harold Melvin and the Blue Notes, the Intruders, and the Three Degrees. Two tracks that he was most proud to work on were ‘Disco Inferno’ and ‘You’ll Never Find Another Love Like Mine’. A Philly music site reckons that T J played on 38 gold and platinum records… little wonder he was nicknamed “the northern Steve Cropper”.

Interestingly in an interview back in the 90’s T J Tindall made some revealing comments on the birth of disco music: “There was no “disco” in our minds back then. What would happen is that when we were cutting a track, we knew where it would fade out but we would keep jamming and Tarsia (Joe.. the Sigma studio engineer) would record it. It was primarily for our own edification. Then they started adding the long or “dance version” to some of the records and one thing led to another and before you knew it, R&B turned into disco. Although I did play on a lot of disco records (Salsoul Orchestra among others), my heart was always with the R&B. I grew up listening to Sam and Dave, Wilson Pickett, Booker T., everything on Stax/Volt.”