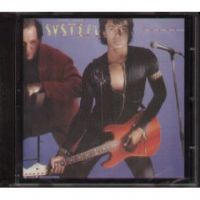 It’s 25 years since the influential techno-funk duo THE SYSTEM (singer Mic Murphy and keyboardist David Frank) released their debut LP, ‘Sweat‘ for Mirage/Atlantic. The album contained the twosome’s debut US hit, ‘You Are In My System’ – later covered by Robert Palmer – which made the Stateside R&B Top 10 in early 1983. Now considered a classic example of ’80s ‘electro soul,’ ‘Sweat’ has been remastered for reissue by the UK-based Funky Town Grooves label. Also featured are six bonus cuts, including the 12-inch single version of ‘You Are In My System’ and extended mixes of later System tracks like 1985’s ‘This Is For You’ and their biggest smash, 1987’s ‘Don’t Disturb This Groove.’ Look out for a full review soon at www.soulandjazzandfunk.com

Interestingly, ex-System front man MIC MURPHY has a new single, ‘Electro Soul Satisfaction,’ out in March 2009 via Electro Ave Records. The record also features a cameo by the legendary rapper MELLE MEL (of Grandmaster Flash & The Furious Five and ‘White Lines’ fame) and is produced by Diplomat and Lloyd Da Zoid, who bring an authentic ’80s-like System-style production sound to the proceedings. As well as the original mix, the 12-inch vinyl version contains three remixes by EDMX, Matthias and Seymour Bits. For more information go to: www.myspace.com/electroaverecords