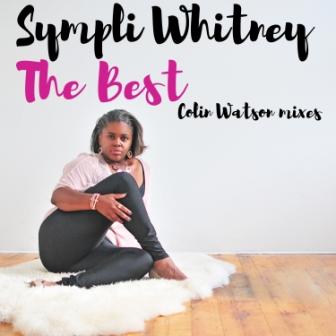 Earlier this year we were treated to the soulful vocals of SYMPLI WHITNEY via her ‘Ryze Of The Phoenix’ long player. Then there was the 80s Weekender flavoured double A side single, ‘Fresh Love’ and ‘Get Enuff’. Produced by Wadz both tunes had that special crunchy, funky, electro soul feel that instantly brought to mind the best of people like Evelyn Champagne King, Kleeer, Kashif and the SOS Band.

This Friday Ms Whitney releases a  brand new single, which though a little gentler than her previous record, still offers a great 80s vibe. Song in question is ‘The Best’ (hence our awful headline!). The original CW mix has all the hallmarks of a modern soul classic while the CW (Colin Watson) Real To Reel mix goes right back to that special 80s vibe again, though the modern soul crew will, I’m sure, find much to connect with!