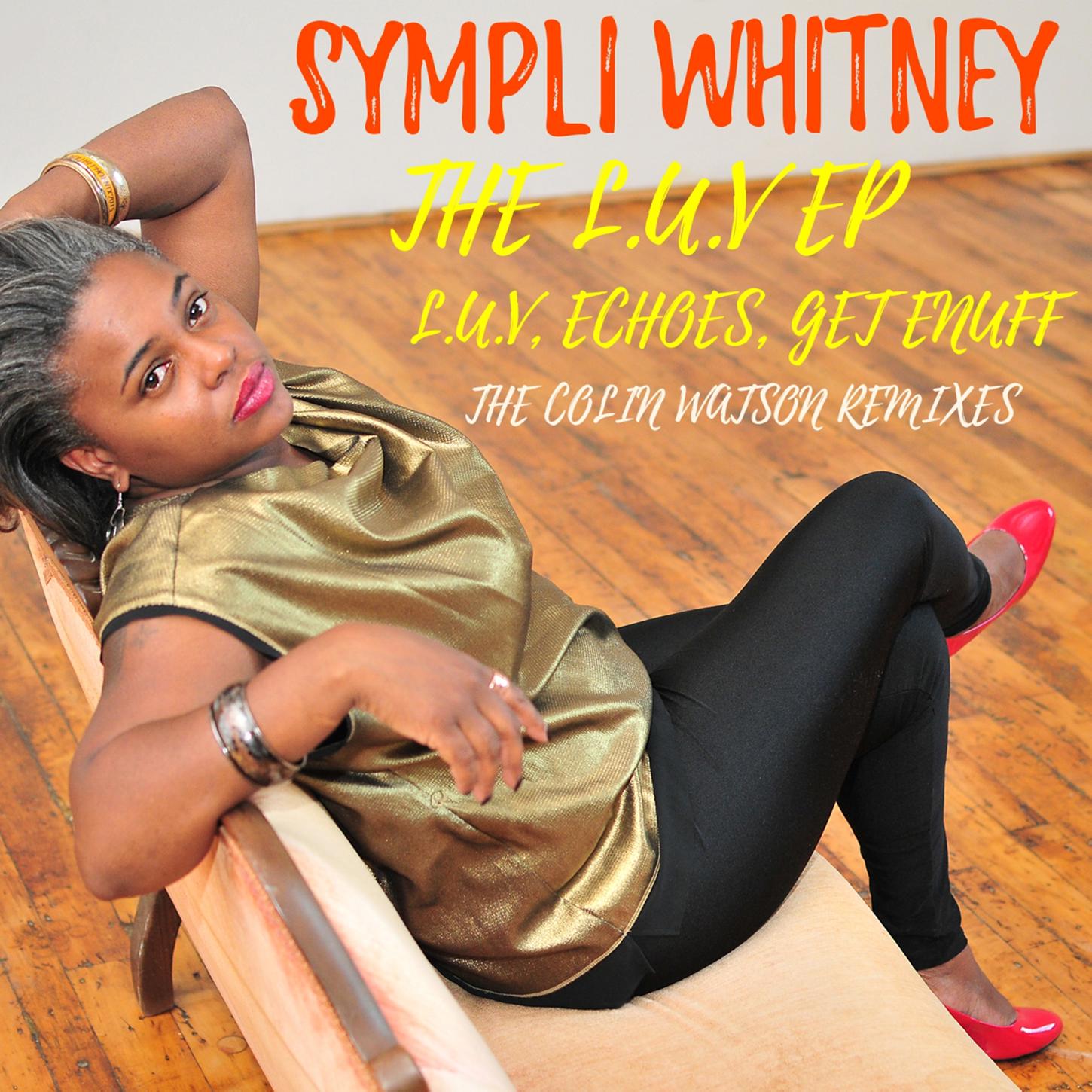 SYMPLI WHITNEY is the soul singing alter ego of Whitney Marshall who hails from Springfield Massachusetts. She found her performing feat fronting a band called The Big Bang but put that career on hold when she joined the Army! Invalided out with an honourable discharge in 2006, Ms Marshall worked for an MBA in healthcare administration while performing with local bands. Then in November 2012 she struck out as Sympli Whitney and went on to star in BET’s Apollo Live talent show. Then last year she added to her fan base with her ‘Ryze Of The Phoenix’ album.

Several singles later and soul tastemakers were making comparison with people like Evelyn Champagne King, Kleeer, Kashif and the SOS Band. If you’d like to make up your own mind, then check out a brand new 3 track ‘L.U.V.’ EP set for January 20th release on DSG.

Lead cut is a tasty Colin Watson remix of the lady’s ‘Get Enuff’ on which CW heightens the 80s Weekender feel of the original. Then there’s ‘L.U.V.’ …. a lighter piece of modern soul on which Ms W. shows her soul credentials. Finally, enjoy a Colin Watson mix of ‘Echoes’. It’s not quite a ballad, nor could you call it mid-tempo but it has its own special romantic quality… and watch out for an intriguing mid way reggae break!