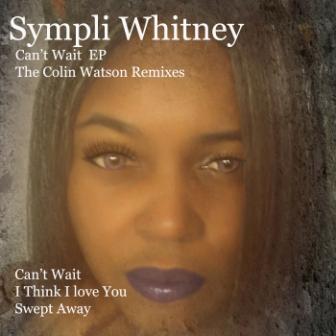 Whitney Marshall who hails from Springfield Massachusetts works the soul circuit as SYMPLI WHITNEY. She began her music career in earnest in 2012 after a stint in the army and a time as a health care administrator. With releases on the DSG labels she won plenty of friends on the modern soul scene and now she’s set to release a new EP under the auspices of UK mixer and producer, Colin Watson.

Colin was responsible for successful mixes on Ms Whitney’s previous work, so it’s natural progression for him to work with her on some of her new material. Title track on the EP is the busy, modern soul beater ‘Can’t Wait’ and the other featured cuts are the catchy ‘I Think I Love You’ and the faster, atmospheric ‘Swept Away’ (complete with rock-fuelled guitar solo).

The EP will be available in August.