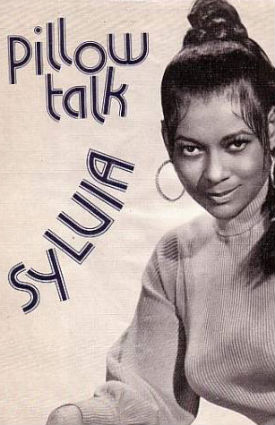 Soul singer, record biz entrepreneur and the lady some called “the mother of hip-hop”, SYLVIA ROBINSON has died. News agencies say that SYLVIA died on Thursday September 29th of congestive heart failure in New Jersey. She was 75.

Born SYLVIA VANDERPOOL in New York in 1936, SYLVIA began making records aged 14, under the name LITTLE SYLVIA, and enjoyed her first hit – 1957’s Love Is Strange – as part of the duo MICKEY AND SYLVIA. MICKEY was actually her guitar teacher McHOUSTON “MICKEY” BAKER and the song went on to be covered by numerous other artists (including THE EVERLY BROTHERS), though it’s now achieved lasting fame as one of the key songs on the ‘Dirty Dancing’ soundtrack.

Though the duo had a few more modest hits it was as a solo artist that SYLVIA was to seriously trouble the charts again. That was in 1973 with ‘Pillow Talk’. Sexually suggestive, it could be argued that it was to be a direct influence on DONNA SUMMER’S breakthrough ‘Love To Love You Baby’.

‘Pillow Talk’ had been released on SYLVIA’S own All Platinum label, which she’d set up with her husband, JOE ROBINSON in 1971. The label enjoyed decent success with artists like RETTA YOUNG and THE MOMENTS, but by 1979 its fortunes were in decline. Then, at a party in Harlem, SYLVIA heard three young rappers and she was intrigued. She signed them up, named them THE SUGARHILL GANG and had them record a rap over the rhythms of CHIC’S ‘Good Times’. The track, ‘Rappers Delight’ – released on her new Sugarhill Records – rose to no. 4 on the R&B chart and… well, the rest is history. Dubbed the “first commercial rap record” (though the FATBACK BAND’S BILL CURTIS would argue differently), the song set in train a style and sound that is still thriving.

SYLVIA and JOE added more rappers to their roster and All Platinum went on to win 26 Gold Records before a disastrous business deal with MCA closed the label down; the famed Sugarhill Studio in Englewood New Jersey was destroyed by fire in 2002.

SYLVIA ROBINSON is survived by her sons JOEY, LELAND and RHONDO and 10 grandchildren. JOE ROBINSON died of cancer in 2000.