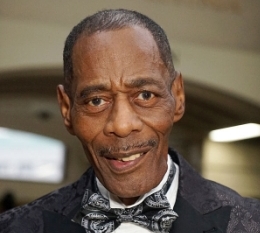 SYLVESTER POTTS long-time, on/off member of Motown group, THE CONTOURS died in hospital in Detroit on Friday, 6th January. He was aged 78.

Born in Detroit in 1938, Potts joined the Contours in 1961 and was part of the line up that recorded their signature song, ‘Do You Love Me’. He was also part of the team that recorded their other hits, ‘Shake Sherry,’ ‘Can You Do It’ and ‘Can You Jerk Like Me.’ For reasons never fully explained Sylvester Potts and three other group members quit in 1964 and Berry Gordy hired three new singers to work with original member Billy Gordon. By 1965 Potts was back with the band and then Gordon quit to be replaced by Joe Stubbs (brother of Levi) and after Stubbs himself left, Dennis Edwards joined. When Edwards left for the Temptations in 1968, the Contours disbanded.

In the early 70s, original member Joe Billingslea reformed the Contours and in ’84 Sylvester Potts re-joined them just in time to enjoy a renaissance on the back of the revival of ‘Do You Love Me’ courtesy of ‘Dirty Dancing’. That renaissance included a new record contract with Ian Levine’s sometime controversial Motor City record label.