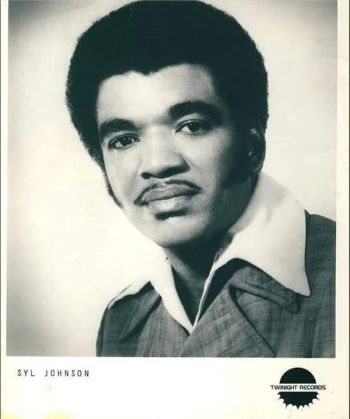 2022 continues to take its toll on Black Music stalwarts as the death of soul and blues man SYL JOHNSON is announced. The revered singer died in Portland on Sunday 6th February. He was aged 85. By sad coincidnce, his brother, the bluesman Jimmy Johnson died just a week ago, 31st January (see our recnet news story).

Syl Johnson’s family announced his passing  thus: “It is with extreme sadness that our family announces the passing of Soul & Blues Hall of Fame Legend, Syl Johnson (born Sylvester Thompson in Holly Springs, MS). Dad, Brother, Grandfather, Great Grandfather, Uncle, Friend & Artist, he lived his life as a singer, musician, and entrepreneur who loved black music”. No cause of death was given.

Born in Holly Springs. Mississippi in 1936, Syl Johnson made his name in the 60s when pacted to the Chicago Twilight/Twinight label. His biggest successes there were ‘Different Strokes’, ‘Come On Sock It to Me’ and ‘Is It Because I’m Black’. In the 70s he moved to Memphis’ Hi label where his biggest hit was a cover of the Al Green gospel-flecked ‘Take Me To The River’.

In the 80s recording success eluded him but his music found a new life via hip-hop artists and producers who found plenty of gems within his back catalogue. Anecdotal evidence suggests that Syl’s ‘Different Strokes’ is one of the most sampled tracks ever. leading the singer to claim to be the “most sampled artist in music”.  That one song has been sampled by people like Public Enemy, Kanye West, jay Z, the Wu Tang Clan and many more.

Johnson fought a series of lawsuits to secure royalties from the sampling brigade, leading to a sizeable payment in 2012.

Soul connoisseurs, though, revere, Syl Johnson for his own music. Apart from the better known  songs, his 1965 ‘Do You Know What Love Is’ (released on Monk Higgins’ Special Agent label) had a spell of popularity on the Northern scene while his more obscure ‘All I Need Is Someone Like You’ became a modern soul favourite when released in 2003 by Grapevine Records. It’s a lovely tune!

Syl Johnson is the real soul lovers’ soul singer. He never made the major leagues – something he was often vociferous about. He once wrote; “ I made my opportunities, but I never got the breaks I should have gotten. I was a jack-of-all-trades. More soul than Marvin, more funk than James. If I’d gone pop, you’d be talkin’ about me, not them. I rate right at the top, though I’ve been underrated all my life.” Soul connoisseurs would probably agree.

Syl Johnson is survived by a large family which includes daughters Syleena (of course, a premier soulstress in her own right and with whom he recorded, notably 1995’s ‘This Time Together’) and Syleecia Thompson, a respected professor in business management.