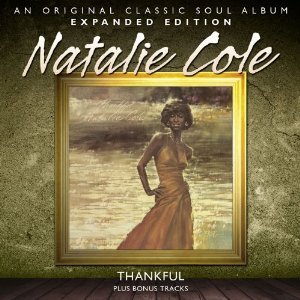 DAVID NATHAN’S soulmusic.com Records have just released a quartet of in-demand collectors’ albums. First up there’s a pair from keyboard maestro, GEORGE DUKE – ‘Master Of The Game’ and ‘Follow The Rainbow’. Both were originally released in 1979 on Epic/CBS and are now considered jazz-funk classics. Expect lashings of late 70s synth sounds and fierce rhythms.

MARLENA SHAW’S ‘From The Depths Of My Soul’ is the third new soulmusic.com release. It was originally issued on Blue Note in 1973 when critics were quick to draw comparisons with DINAH WASHINGTON and SARAH VAUGHAN. The 11 track reissue will allow you to make up your own mind.

The fourth new album from soulmusic.com is NATALIE COLE’S ‘Thankful’. This Capitol recording first saw the light of day back in 1977 and critics regard it as the best of COLE’S collaborations with CHUCK JACKSON and MARVIN YANCEY. Highlights include the million seller ‘Our Love’ and the driving ‘Annie Mae’ –which went on to become a favourite on the US Steppers Scene.

More details on all these album @ www.soulmusic.com