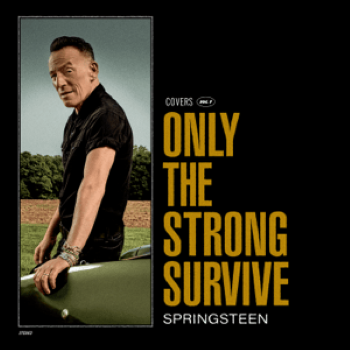 The music biz is always throwing up surprises – no bigger than the news today that US mega star BRUCE SPRINGSTEEN is to release a soul album. Yep, you heard it right – on November 11th the man they call “The Boss” releases his 21st studio album, ‘Only The Strong Survive’ – a 15 track collection of what he calls “fifteen soul music greats celebrating soul music gems from the legendary catalogues of Motown, Gamble and Huff, Stax and many more.” He adds’ “I wanted to make an album where I just sang,” said Springsteen. “And what better music to work with than the great American songbook of the Sixties and Seventies? I’ve taken my inspiration from Levi Stubbs, David Ruffin, Jimmy Ruffin, the Iceman Jerry Butler, Diana Ross, Dobie Gray, and Scott Walker, among many others. I’ve tried to do justice to them all—and to the fabulous writers of this glorious music. My goal is for the modern audience to experience its beauty and joy, just as I have since I first heard it. I hope you love listening to it as much as I loved making it.”

Tracks include versions of Jerry Butler’s ‘Only the Strong Survive’ and ‘Hey Western Union Man’, the Temptations’ I Wish It Would Rain’, the Four Tops ‘Seven Rooms Of Gloom’ and ‘When She Was My Girl’. There’s also a version of ‘The Sun Ain’t Gonna Shine Anymore’ which explains the mention of “soul man” Scott Walker above! The original version was Frankie Valli’s. Sam Moore guests on two tracks, ‘Soul Days’ and ‘I Forgot to Be Your Lover’ while the lead off single is an honest, energized version of the Motown chestnut,  ‘Do I Love You (Indeed I Do). It’s rather good for a cover and remember Brucie is now 73! An auspicious web search will let you grab a listen and you can make up your own minds.

Wonder what surprise might be next? A Kwasi K and Liz T  version of Peaches and Herb’s ‘We’re In This Thing Together’!!! can’t wait!!!