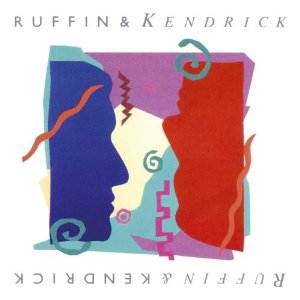 Reissue specialist Superbird have a whole bunch of wonderful releases lined up in the next two months. First up there’s a twofer on KASHIF. The sometime BT EXPRESS man and producer of people like EVELYN KING and WHITNEY HOUSTON sees his 1983 self-titled set and ’84’s ‘Send Me Your Love’ on one December Superbird CD. From the same era comes MICHAEL HENDERSON’S ‘Wide Receiver’ set. Back in the day, the LP was well-received and was stuffed with the bassist/vocalist’s cool mix of soul and funk, with the title cut becoming a major US hit.

Followers of the funk can look forward to a Superbird reissue of BOOTSY COLLINS’ 1988 set, ‘What’s Bootsy Doin’?’ The album featured all the usual suspects and alter egos and yielded the popular ‘Party On Plastic’ and ‘Love Song’. From more or less the same stable the Superbird people have also secured reissue rights to GEORGE CLINTON’S ‘T.A.P.O.A.F.O.M.’ . Originally released in 1996, many at the time saw the LP as a grand reunion of the old FUNKADELIC/PARLIAMENT gang and, by coincidence, the following year both bands were inducted into the Rock And Roll Hall Of Fame.

The fifth upcoming SUPERBIRD reissue is possibly the most collectable. In 1988 TEMPTATIONS’ legends, DAVID RUFFIN and EDDIE KENDRICK(S) were enjoying a new lease of musical life thanks to their work with HALL AND OATES. The result was an album deal for the duo with RCA and on release it kind of just slipped away without too much impact despite cracking songs like ‘One For The Lonely Hearts Club’ and ‘One Last Kiss’. .. don’t miss it this time around.