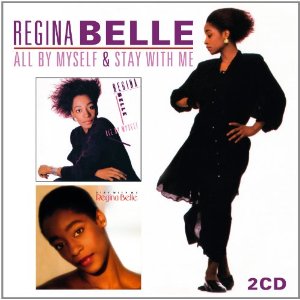 Reissue label SUPERBIRD have just released two superb “twofers”… you know – two classic albums from one artist in one mid-priced package. First up, they have ‘All By Myself’ and ‘Stay With Me’ from the sadly underrated REGINA BELLE. ‘All By Myself’ was the lady’s 1987 debut and it yielded a string of hits – notably ‘Show Me The Way’, ‘So Many Tears’ and ‘How Could You Do It To Me’. Two years later REGINA released ‘Stay With Me’ which became an R&B album chart no. 1 before going on to be certified Gold. The two albums are featured in a twin CD pack and the set’s completed by a decent set of notes from MALCOLM DOME along with several bonus cuts. Listen – not too hard – and you’ll discover there’s a lot more to Ms. BELLE than the ANITA BAKER clone label with which she’s been unfairly too often tagged.

SUPERBIRD’S second new release features two LPs from Grammy winning horn man CHUCK MANGIONE. This “twofer” pairs two ’83 outings – ‘Journey To A Rainbow’ and ‘Eyes Of The Veiled Temptress’. The music on them is (like all MANGIONE’S work) hugely melodic –though there’s an enigmatic and spaced out feeling in there too.

Both these new releases will be available from October 31st.