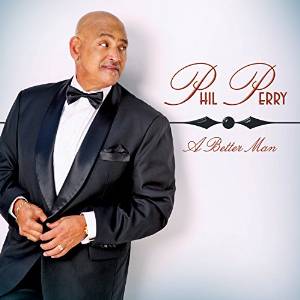 US label SHANACHIE goes into 2015 with four strong albums that are sure to enhance the indie label as a premier league purveyor of classy soul and jazz.

First up there’s ‘A Better Man’ from maestro PHIL PERRY. The ex Montclair would be the first to admit that he’s never been a soul superstar but his work is revered by the soul cognoscenti who stick with him because they know that every time he delivers quality mature soul music and ‘A Better Man’ is no exception.

Produced by Chris “Big Dog” Davis, ‘A Better Man’ features guest input from Howard Hewett, Kim Waters and Rick Braun and includes Phil’s versions of two Impressions’ songs – ‘Gypsy Woman’ and ‘I’m So Proud’ as well as a new interpretation of his old Montclairs’ tune, ‘Dreaming’s Out Of Season’.

Fans of distaff soul will be delighted by Shanachie’s second new disc – TEEDRA MOSES’ ‘Cognac And Conversation’. The long player is Teedra’s first new CD in ten years and her second solo recording. “This album is a continuation of the evolution of my music as I strive to reach new levels musically and professionally,” says the Miami based singer.