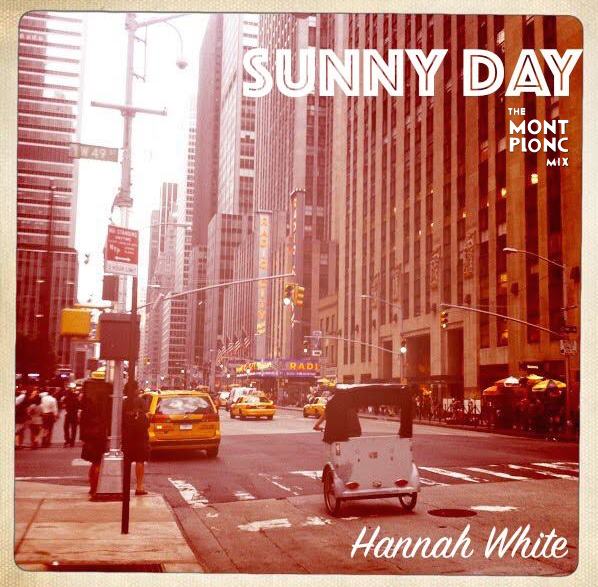 HANNAH WHITE is a London based singer/songwriter who started her pro music career touring Europe with a Motown tribute girl band. Hannah went on to work with people like Alexander O’Neal, Gary Brooker and Ringo Starr. For a time she was a member of “The Jones Gang” offering her backing vocals to Kenney Jones of the Small Faces/Faces who was touring with artists like Joe Brown and Ronnie Wood.

At the moment Ms White has the enviable job as Kenny Thomas’ backing singer while she’s also part of the Dig Band… remember their Dina Carroll-led ‘We Bring The Party’? (see above) At DSG Records, Hannah’s also lined up work with Marc Staggers, Rudi Wilburn and someone called George Benson!

Busy girl…. yes, but she’s also working on her own album ‘Lost In Reverie’ from which the first single, ‘Sunny Day’ is set for April release. The leaked “Mont Plonc” mix is a busy slice of modern soul with a really laid-back, summery vocal from Hannah – perfectly suited to the tune’s title and overall vibe… and speaking of “vibes” the cut’s topped with a delicious little vibraphone break!