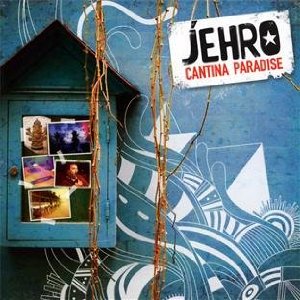 JEHRO is a French-born singer/songwriter who’s just released his third solo album. ‘Cantina Paradise’ is an eclectic 11 tracker that effortlessly mixes laid back soul with Latin jazz… why, there’s even a touch of reggae about some of the grooves, harking back to his time working with TOOTS HIBBERT.

JEHRO debuted in 1999 with ‘L’Arbre Et Le Fruit’ and his second, eponymous album went on to sell over 150,00 copies – chiefly on the back of word-of-mouth recommendation. In between he collaborated with a band called THE MARATHONIANS and together they worked with soul star, EDWIN STARR.

With ‘Cantina Paradise’ JEHRO’S constructed a welcoming, summer sound track – perfect for long, lazy days and warm evenings spent with specials friends. The songs ‘Night Shines’, ‘Stolen Rose’ and ‘Last Too Long’ stand out, and anyone who enjoyed the recent JONATHAN JEREMIAH album will find lots more to like.

JEHRO’S ‘Cantina Paradise ‘is out now on Warner Jazz.