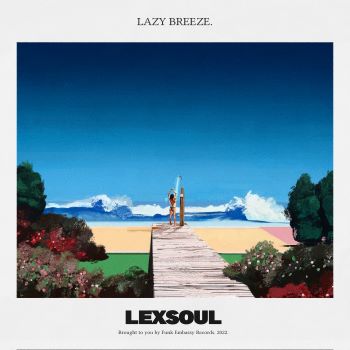 Last month we spotlighted the band formerly known as LEXSOUL DANCEMACHINE  – the self-styled  “Estonian premier league funk and soul band”. Now going out as simply LEXSOUL, we recommended their smooth and sweet, catchy and clever ‘Pigeon Pit’ – a pleasing mix of blue eyed soul and what some people  call “yacht rock”!

Their latest release offers something a little similar – it’s called ‘Lazy Breeze’ and the Lex people say that the sound on the track is “Balearic Funk”. Make up your own mind by grabbing a quick listen. It’s out now via Funk Embassy Records and is from an upcoming EP, ‘Lex On The Beach’… yes that is an “L”!