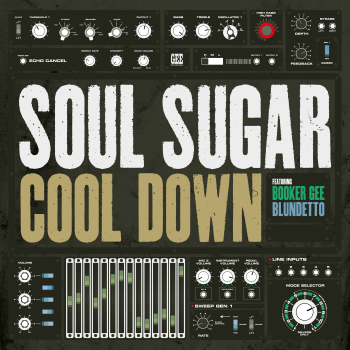 GUILLAUME ‘GEE’ METENIER is a French soul, jazz and (yes!) reggae organist. Sometimes he works as “Booker Gee”, so you know where he’s coming from!

He’s been around music since the 80s but his career blossomed in the mid noughties when he decamped to Florida to work with and learn from organ maestro, Dr Lonnie Smith. Indeed, for a time Metenier was Smith’s road manager.

Returning home, Metenier put what he’d learned into action forming SOUL SUGAR – an organ trio inspired by the cool soul-jazz sounds of the 1960s and ’70s. The band debuted in 2008 with the LP ‘Nothing But The Truth’. Soul Sugar are currently putting the finishing touches to new album  -‘Excursions in Soul, Reggae, Funk and Dub’ which is scheduled to drop in Summer 2021. We’re told the album features input from people like  singer Leo Carmichael and  Sly & Robbie.

In the meantime, the Soul Sugar trio have released the album’s lead single – an infectious and deceptively simple organ-led, ‘Cool Down’ which unusually features a retro soul-jazz feel with a reggae groove – odd, but it works!