SUCH AS IT IS 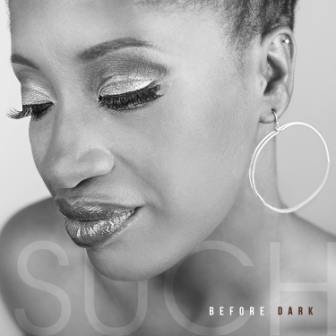 SUCH (pronounced, surprisingly, “such”) is a Boston born, New York raised, California educated, Chicago groomed soulstress who won plaudits a few years back with her album ‘Trial and Error’. If you’re wondering her real name is Sue Charles!

A busy lady, (Ms Such is also an actress – earning Henry and Broadway World ‘Best Actress’ and ‘Best Acting Debut’ nods for her portrayal of Celie in the ‘Colour Purple’ and has had several TV appearances )– she’s now working on a new long player set for release later this year.

As a taster she’s just released the first single – a sultry Sade/Anita Baker flavoured, ‘Before Dark’. She says: “I was in a long distance relationship for two years in college and this song is what it felt like when he hugged me right before he had to leave after a visit: warm, deep, lush. It’s about the urgency and intimacy that permeated each moment, not wasting time since we knew we had precious little of it” … ah so sweet!

The song is available to download right now and it bodes well for the upcoming album!