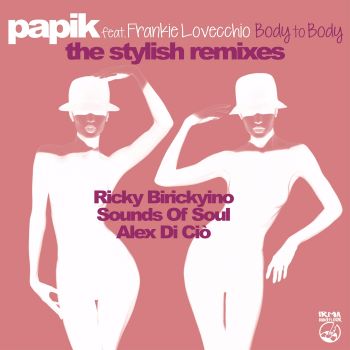 For his latest outing top Italian mixer/producer ALEX DI CIÒ has teamed with fellow Italians PAPIK for a mix of their ‘Body To Body’ song. Disco anoraks will remember the song first surfaced in 1979 by Gepy and Gepy – stars of the Italian disco scene. Alex’s new “Stylish” mix of the Papik version is certainly that…style a go-go! Sweet and sophisticated, he’s crafted a lithe, contemporary soul groove. Insistent beats, punchy brass and clever vocal interplay make for an intriguing sound. It’s out now.