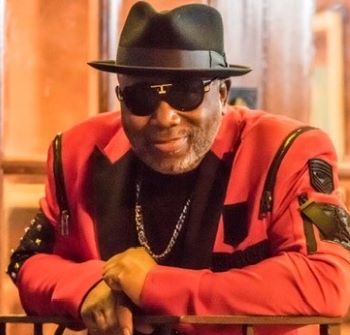 Next week – April 24th to be precise – the Memphis city fathers will rename  their Stafford Avenue, “James E. Alexander Avenue.” Stax collectors might well recognise that name…. Alexander is a founder and only living member of the original Bar-Kays – the iconic Stax group famed for their ‘Soul Finger’ hit and, of course, for their part in the Otis Redding story. The Bar-Kays  were Redding’s backing band and, sadly, all but two of the group perished with Otis on that fateful December 1967 day. Alexander was not on the plane – there wasn’t room for him; while trumpeter Ben Cauley was the only plane passenger to survive the crash.

Alexander and Cauley reformed the band and recruited singer Larry Dodson from the Temprees. They went on to record over 20 albums.  They were inducted into the Memphis Music Hall of Fame in 2013 and the National Rhythm and Blues Music Hall of Fame in 2015. Trivia fact – Alexander also played the iconic bass parts on the ‘Shaft’ soundtrack. Memphis’s Stafford Avenue is just a block away from where the Stax studios were and it was the street where Alexander grew up! The renaming is in honour of his 60 year contribution to the music of Memphis. He says: “I am absolutely in awe about the renaming of the street I grew up on, Stafford Avenue, to James E. Alexander Avenue. Words can’t even express what I’m feeling right now about this kind of recognition. I think it’s just amazing to receive this accolade.”