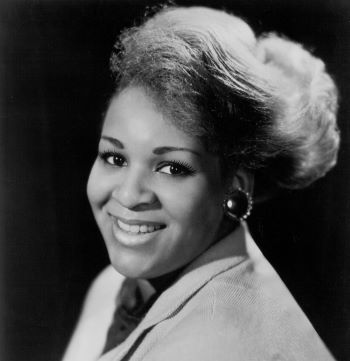 LINDA JONES has long been  a soul connoisseurs favourite. Linda was only 27 when she died in 1972 but she left a music legacy that is revered. Tunes like ‘Hypnotized’, ‘Your Precious Love’ and  ‘I’ll Be Sweeter Tomorrow’ will always be considered emotion-charged classics.

US sources are reporting that her home city, Newark, New Jersey, is all set to honour Linda’s memory by naming a street after her. Next week, the city’s Sherman Avenue will be renamed Linda Jones Way. Poignantly, the Jones family lived at 165 Sherman Ave., Linda fell into a diabetic coma in that house on March 14, 1972, while coming home to rest between shows at the legendary Apollo Theatre.

We’re told that Linda’s  daughter, Terry Jones, will accept the honour on behalf of her late mother. A Private VIP Only reception will take place following the street naming at an undisclosed venue in downtown Newark, which will feature a discussion with Jones’ long time producer George Kerr.