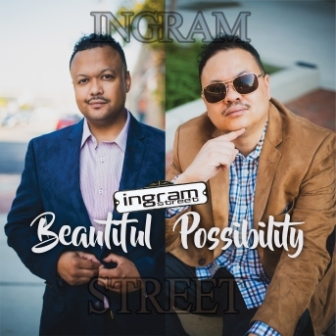 INGRAM STREET is a soul/pop duo from Columbus, Ohio comprised of brothers Woody and Minquel Ingram. We’re told the boys have always been performers, drawing inspiration from people like Michael Jackson, Prince, and Stevie Wonder. Prior to becoming Ingram Street, they were known as Up 2 Par but in as Ingram Street they’ve enjoyed some success with releases like ‘Free’ and ‘Don’t Disturb The Groove’.

Their latest single is ‘Beautiful Possibility’ – a sweet, simple and catchy harmony soul ballad enhanced by some nifty acoustic guitar work and a spoken word passage. Interestingly the song was co-written by Ron Tyson of the Temptations and it’s the kind of thing that Ron himself would make a great job of! It’s out now on Platinum Garage Recordings.