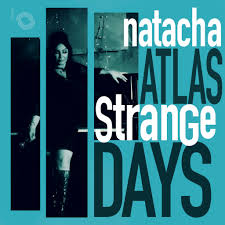 ‘Strange Days’ is the new long player from Egyptian/British singer/songwriter NATACHA ATLAS. The 10 tracker blends western and Arabic music and throws in a touch of jazz and a garnish of experimental soul for good measure.

The soul crowd will be drawn to the neo-soul ramble that is ‘Words Of A King’ which features Joss Stone on backing vocals. Elsewhere? Well expect the unexpected. Natacha’s people describe the album as “a darkly, dystopian Arabic-infused jazz fantasy, evoking and emoting in equal measure”. Agree of disagree when the album wins release on October 4th on Whirlwind Recordings.