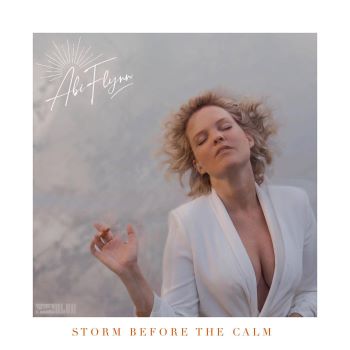 Over the last year of so top session singer ABI FLYNN has stepped out of the shadows to pursue her own solo career. In part the move was prompted by her recovery from a life-threatening cancer. This year Abi’s released a couple of well-received singles …’Courage’ and ‘Testament To Love’.

This week Ms F releases her third single…’Storm Before The Calm’ – a punchy, up-tempo number with a nod to classic disco and like her previous two cuts, there’s a message in the music. Abi says that ‘Storm Before The Calm’ celebrates the beauty that can be found inside seeming chaos and her new feeling of liberation after her life-changing diagnosis.