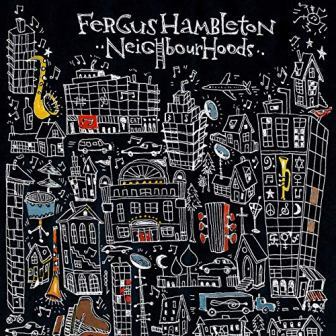 FERGUS HAMBLETON is an acclaimed Canadian singer, songwriter, composer and multi-instrumentalist. It’s an understatement to say that he’s a veteran… he’s been in the business for something like 50 years…. working in the folk, pop, reggae and blue-eyed soul fields! Maybe Mr H is best known for his work with Jamaican musician Jo Jo Bennett at the core of the Sattalites but Fergus also pursues a solo career and right now he’s busy promoting his latest solo album….. ‘Neighbourhoods.’

The LP’s key cut has just been released as a single. Tune in question is an eerie and atmospheric ‘Walking In A Storm’. With some sinister 60 style guitar, laid back vocals and a fade out horn solo, it has a catchy blue–eyed soul sort of appeal…. maybe think Mayer Hawthorne with a nod to Richard Hawley! Out now.