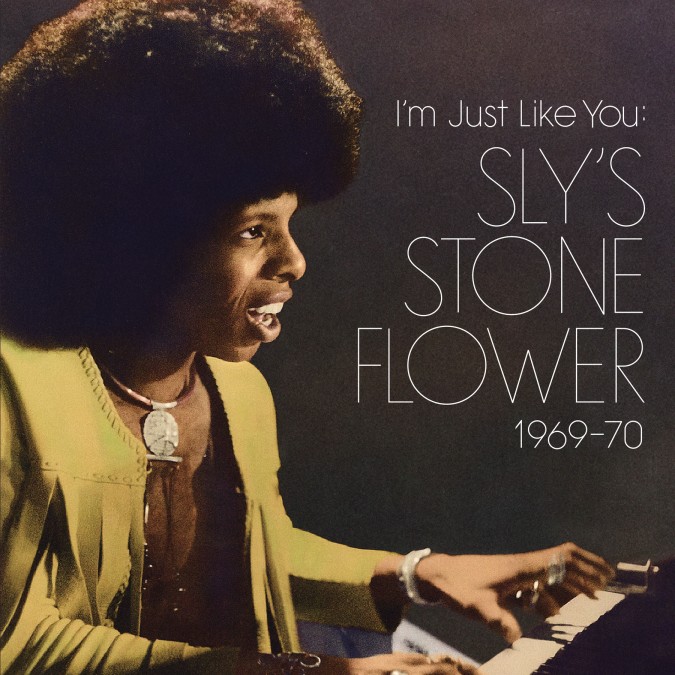 SLY AND THE FAMILY STONE broke out in 1968 with the impactful ‘Dance To The Music’ –a tune that helped to re-write the soul rule book and for the next couple of years at least Sly ruled the soul and funk roost.

During his reign Mr Stone -along with his manager David Kapralik – set up his own record label, Stone Flower, and his status was such that he scored a distribution deal with the mighty Atlantic Records.

Like all great labels Stone Flower evolved its own unique sound – the sound of minimal electro funk, driven by the Maestro Rhythm King drum machine, and though it only ever released four seven inch singles, each credited to an individual artist, they all bore the words “Written by Sylvester Stewart/Produced and arranged by Sly Stone” on the sticker.

Like one of Sly mantras, the label was a “family affair”. The first single, ‘You’re The One’, was by “Little Sister” – Sly’s sister Vaetta Stewart. The follow-up was ‘Stanga,’ also by Little Sister and the third release came from 6IX, a six-piece multi-racial rock group whose sole release, a super-slow version of The Family Stone’s ‘Dynamite,’ featured only the lead singer and harmonica player from the group. Joe Hicks’ ‘Life And Death In G&A ‘was the final Stone Flower release. Interestingly Hicks’ ‘Home Sweet Home,’ was the first released Stone Flower production – but it came out on Scepter.

It’s not surprising that the music has long been in demand. Light In The Attic Records have managed to license all the product and have just released a collection called ‘I’m Just Like You…. Sly Stone’s Flower 1969- 70’. The album gathers each side of the 45s plus ten previously unissued cuts from the label archives, all newly re-mastered from the original tapes. The album has been put together with the full cooperation of Sly himself and the set contains an exclusive interview with him. As is the way these days the album comes on CD, in digital format and as a double vinyl LP.