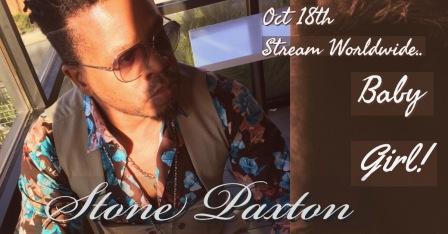 STONE PAXTON was a key member of Rick James’s ‘Stone City Band’ and since their sad demise he’s kept himself busy working with people like Marva King. Right now he’s working on an album of his own…. ‘In The Key Of Love’ which will be released on the 15th December.