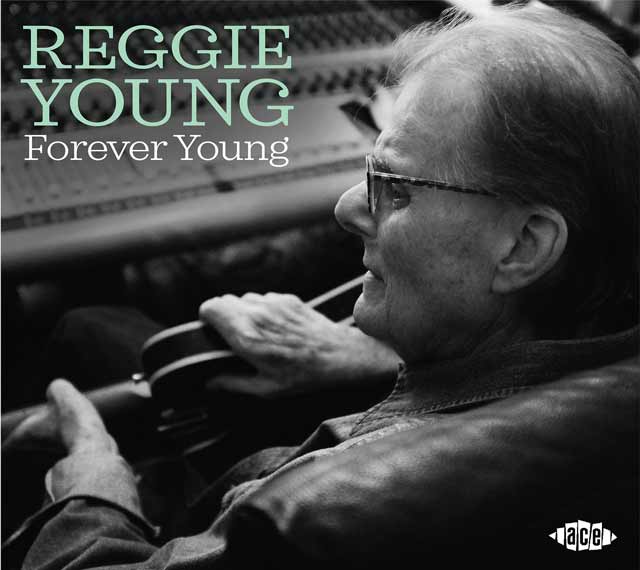 Guitarist REGGIE YOUNG has played on some of the most iconic recordings of the late twentieth  century. His credits include such classics as Dusty Springfield’s ‘Son Of A Preacher Man,’ Dobie Gray’s ‘Drift Away,’ Elvis Presley’s ‘Suspicious Minds,’ and Neil Diamond’s ‘Sweet Caroline,’ but Young has never made an album under his own name – until now.

At 80-years-old, the Missouri-born guitarist – who was a prolific session man based at American Sound Studios in Memphis during the late-’60s and ’70s – makes his long-awaited debut as a solo artist with a superb 7-track album called ‘Forever Young’ released by Ace Records in the UK. It’s comprised of seven-instrumental tracks that Young wrote to showcase his unique fretboard style in the company of noted fellow veteran Southern session men, Clayton Ivy and David Hood.

Young is that rare guitar player whose calling card is taste and subtlety. As ‘Forever Young’ eloquently demonstrates, he’s not into a showy spectacle of rapid-fingered pyrotechnics. In fact, he doesn’t like to waste notes – every fretted note is heartfelt, perfectly placed, and subservient to the demands of the song. His is a quiet, understated genius, then, and ‘Forever Young’ encapsulates his minimalist and utterly unique guitar style.

REGGIE YOUNG’S FOREVER YOUNG IS OUT NOW VIA ACE RECORDS