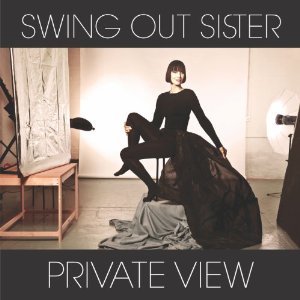 In the wake of their recently re-released debut album, ‘It’s Better To Travel’ – whose 25th birthday anniversary was marked by a deluxe 2-CD reissue by Universal – SWING OUT SISTER return with an album of freshly-minted material on September 24th. The album’s called ‘Private View‘ and features fresh interpretations of some of the duo’s past hits (including a slowed-down ‘Breakout’) as well as songs that have been in their live set for many years (among them, a distinctive take on the Delfonics’ ‘La La Means I Love You’ and a heartfelt rendition of Barbara Acklin’s ‘Am I The Same Girl’).

Also released this month is Swing Out Sister’s first DVD entitled ‘Tokyo Stories.’ It features footage of Corinne Drewery and Andy Connell performing at the Billboard Club in Tokyo. The group’s set list includes ‘Breakout,’ ‘Twilight World,’ ‘Surrender’ and ‘You On My Mind.’

For more info go to: www.facebook.com/swingoutsister