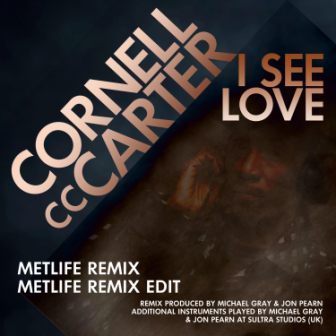 It was in the height of Summer that CORNELL CARTER announced that there was new album on the way… to be named ‘ABSOULUTE’. The announcement came via the first single – a lovely, smooth and gentle sophisticated modern soul dancer ‘I See Love’.

While we wait for the album (due later this month and featuring covers of Curtis’ ‘We’re A Winner’ and Marvin’s ‘Come Live With Me Angel’) CC now serves up a wonderful remix of ‘I See Love’ courtesy of the Metlife team ( Michael Gray/Jon Pearn). The new tweak is a tad faster – very danceable, full of clever flourishes and riffs and every bit as tasty as the original mix….

Full review of the album here very soon and don’t forget you can catch Mr C live at London’s The Hideaway Club on Friday October 4th .