STILL IN THE GROOVE! 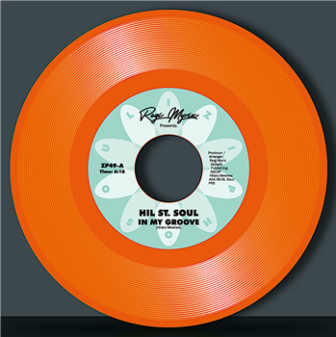 Last month we were entranced by a new release from the lovely HIL ST SOUL…. ‘In My Groove’. The collaboration with award winning producer Regi Myrix was, despite, its title, a sultry and sensual thing with the song’s protagonist wanting to be “played” like a vinyl record! Sexy yes… but tawdry and tacky…no! No wonder it hit #1 on the UK soul chart.

Striking while the proverbial iron is hot, ‘In My Groove’ has just been released as a  vinyl single with the bonus of an added new mix from veteran mixer Nigel Lowis which just tightens things up a tad. The 7” comes in fetching orange vinyl (!) as a limited edition of 300. A diligent web search will lead you straight to it!”