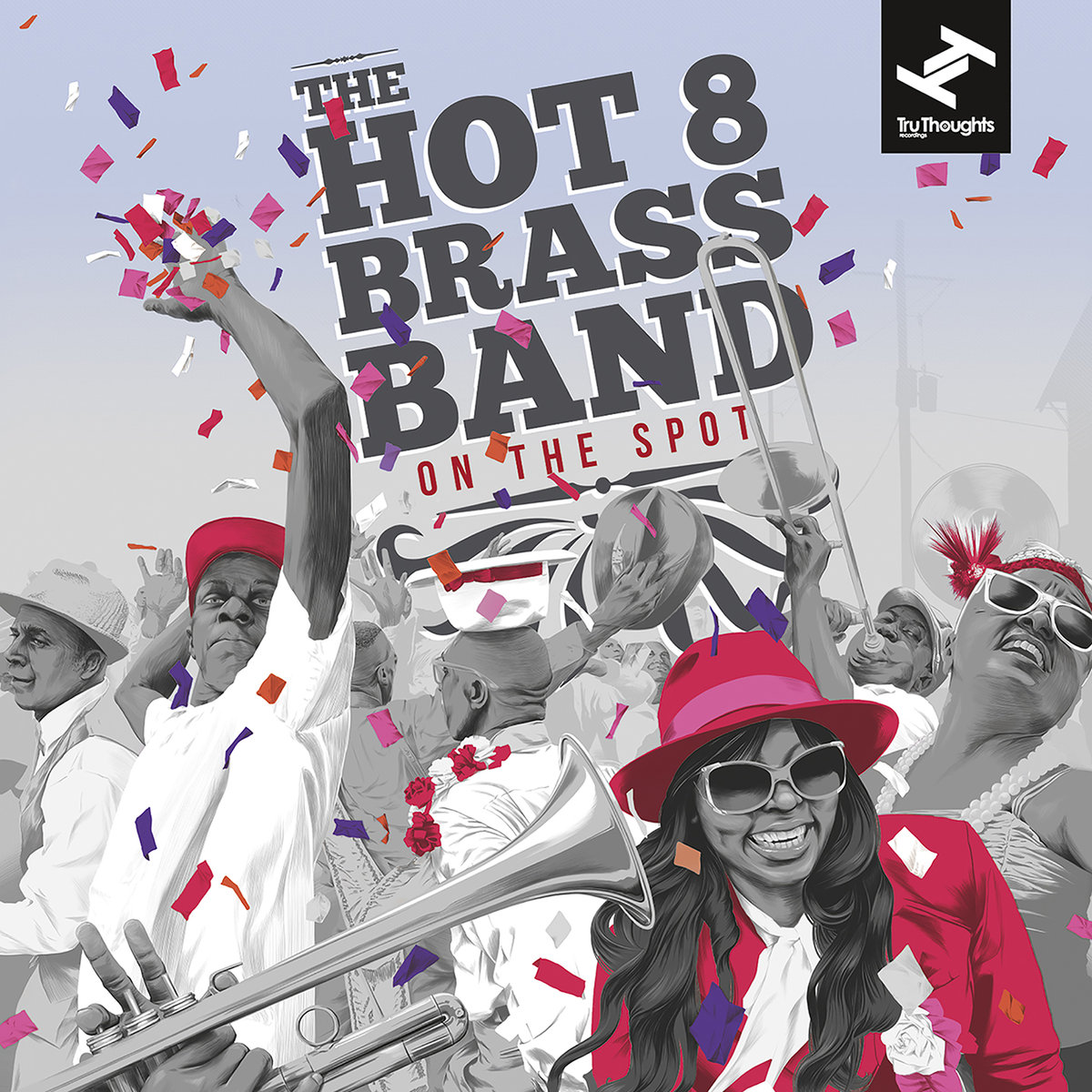 The ever quirky HOT 8 BRASS BAND release their latest album, ‘On The Spot’ on Tru Thoughts Records on March 31st.

The album’s title (and track of the same name) comes from that special moment during band parades in New Orleans when the team take a break but keep improvising (“noodling”) on their instruments, maintaining the energy and actually creating a new tune.

Like all Hot 8 albums the tracks here are a mixture of band originals (like the aforementioned ‘On The Spot’) and well chosen covers. Here the key covers are Stevie Wonder’s ‘That Girl’, Maze’s ‘Working Together’, Natalie Cole’s ‘Annie Mae’ and Sade’s ‘Sweetest Taboo’. You also get a wonderfully mournful version of ‘St James Infirmary’ – played just as it was intended and lasting over 8 minutes!

As ever, these covers will cause debate and even controversy amongst soul and jazz folk. When Craig Charles played out some of tunes on his radio show , the response was huge – in equal parts pro and anti. Make up your own minds when the album hits the racks at the end of the month.