STILL GOT THE BLUES…. 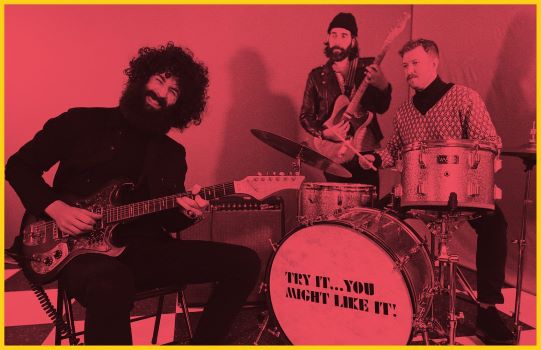 GA-20 is a blues trio – guitarist Matt Stubbs, guitarist/vocalist Pat Faherty, and drummer Tim Carman. The band are committed to keeping alive the real blues heritage and to that end they’re putting the finishing touches to a new album ‘Try It…You Might Like It! GA-20 Does Hound Dog Taylor’. As the title implies, the long player will be an homage to Chicago bluesman Theodore Roosevelt “Hound Dog” Taylor who died in 1975.

As a taster GA-20 have just released their first single… their take on Hound Dog’s ‘She Gone’. Riding in on a riff that might remind you of ‘Spirt in the Sky’(oddly!), it’s rough and  tough and everything that urban blues should be.

Just before he died Taylor said:  “When I die they’ll say, ‘he couldn’t play shit, but he sure made it sound good!’”. GA-20 do just that!

‘She’s Gone’ will be released June 8th via Colemine Records in partnership with Alligator Records. Label