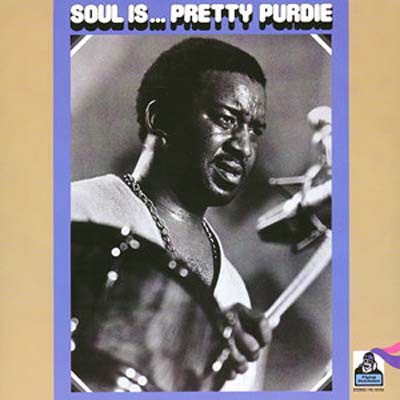 First up there’s ‘Soul Is’ from super session drummer Bernard “Pretty” Purdie. Purdie of course played drums everywhere and for everyone and for a time was the leader of the Flying Dutchman house band – logical therefore that he should make his own LP. For the 1972 album Purdie assembled a strong team – including Ralph MacDonald, Cornel Dupree, Richard Tee and Horace Ott and between them they recorded deliciously fresh and soulful versions of stuff like ‘What’s Goin’ On’ and ‘Day Dreaming’. One of the original songs is ‘Song For Aretha’ on which Purdie gets to sing. It’s a heartfelt, if a little wild, tribute to the Queen of Soul for whom Purdie was the drummer of choice.