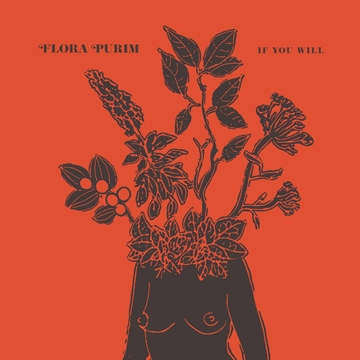 The legendary Brazilian songbird FLORA PURIM returns with her first solo album since 2012 in the shape of the dazzling ‘If You Will,’ due to be released by the UK’s Strut label on April 29th. Given the singer’s amazing pedigree – she’s performed with icons like Dizzy Gillespie and Stan Getz and was an early member of Chick Corea’s groundbreaking fusion group Return To Forever –  the album will be eagerly awaited by her fans.

The nine-song set, which features Flora’s husband, percussion maestro Airto, as well as her daughter Diana Purim alongside Brazilian guitarist Jose Neto, offers a blend of new material alongside fresh interpretations of classic songs that the singer is associated with; among them George Duke’s ‘If You Will’ featuring Diana Purim – which she cut with the late keyboard maven in 1992 – and the classic ‘500 Miles High’ which she sang on Return To Forever’s 1973 album, ‘Light As A Feather.’ The new album, which is produced by Flora alongside Roberta Cutolo, also includes the percussive ‘This Is Me,’ a stirring revamp of Airto’s ‘I Don’t Wanna Be Myself Again.’

‘If You Will’ will be released on LP, CD and will also be available in digital formats on April 29th.