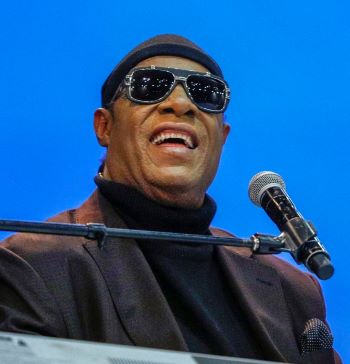 It’s been quite a while but after what seems an eternity, STEVIE WONDER has released some new music, though as we’ll see not all totally “new”.

We’ve been told that Stevie has been busy working up his own record label… So What’s The Fuss – and now he’s ready to release some music on it. Indeed, tomorrow Friday 16th October, sees the release of two Wonder tunes – ‘Where Is Our Love Song’ and ‘Can’t Put It In the Hands of Fate’. We believe that the former is an old song that Stevie’s been working at for several decades but he’s recently completed it with guitarist Gary Clark, Jr. Sneak previews reveal a tune with a definite 90s feel and a thoughtful lyric about the  world situation.

The second track, ‘Can’t Put It In the Hands of Fate’ is more direct in addressing current social and political issues. On it Stevie skilfully blends his soul roots with more contemporary R&B and hip hop. Helping him out on the track are Rapsody, Busta Rhymes, Chika and Cordae.