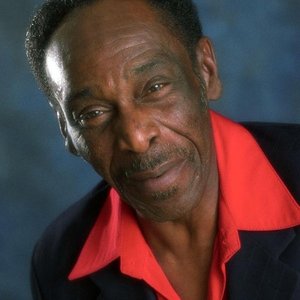 Most of the soul media concentrates on the iconic legends, the current big names and the hotly-tipped wannabees but the soul world is also peopled by hundred of performers who will never fit into any of those categories. I’m talking of the countless solo singers and bands who still play the so called Chittlin’ Circuit –just like thousands have done before them. Maybe they dream of the big time breakthrough, but many are content to carry on working the small clubs and juke joints often in their own local area. They are happy picking up appearance money, garnering some applause and hopefully selling a few self-financed records to their audiences along the way.

One such soul singer is STERLING WILLIAMS. Walter Sterling Williams was born in Bryan, Texas, in 1944 and you probably can guess that he started singing in church before crossing over to the secular world. In his mid-twenties he met Gene “Bowlegs” Miller who introduced him to soul heavyweights like Joe Tex & O.V. Wright. Miller cut one single in the 60s and performed regularly throughout the 70s right across the South, fronting a band called Universal Language. In the 80s Sterling relocated to California and in 1995 he cut his first solo album, ‘One Day At A Time’ on Everready Records. It took him 7 years to come up with a second album, ‘My Baby’s Love’; then in 2006 he released a third, ‘Brand New Man’.

Sterling has just issued another long player; simply called ‘Sterling’, it’s a robust and rustic Southern soul set. The 10 tracker includes some new songs and re-workings of some of his old material and throughout, his chief collaborator is former Artistic, Morris J Williams. Sonically the set will appeal to fans of the Malaco sound and moods veer from the bluesy ‘One Day At A Time’ to the gentler ‘Learning To Live’. Undoubted highlight though is the sweet ‘Private Party’. Understated and totally captivating, it comes on like Johnnie Taylor doing Lou Rawls. The track deserves a hearing but something tells me that won’t happen. Sterling Williams lacks the big bucks to fund a media campaign; why… he doesn’t even a web site! Yes, that’s how old school he is! Diligent internet searching might find his music and if that fails I’m reliably informed you can go straight to his manager via dorisdddownes@aol.com