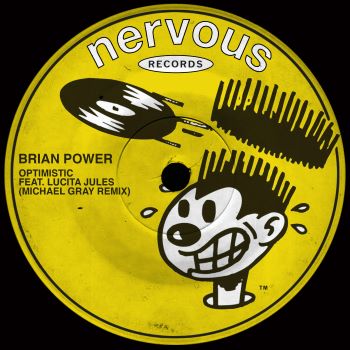 With the daffodils blooming, the evenings getting a little lighter, the vaccination roll-out gathering pace and (hopefully) the lockdown easing a little, what better time to resurrect a  24 carat modern soul classic that speaks of hope, a new dawn and yes…optimism. No need to guess, of course, we’re talking about ‘Optimistic!

The wonderful tune first appeared in 1991 via the Sounds Of Blackness. With that wonderful Ann Nesby vocal, it quickly and rightly became an anthem. The song has been back a few times. Melba Moore and Phil Perry cut a lovely version in 2009 while in 2015 Zepherin Saint covered it for his Tribe Records and even managed to get Ms Nesby back into the studio to add vocals!

In January of this year, BRIAN POWER’S SOULHOUSE label hit us with ‘Optimistic’ again. For his faithful and respectful version, he drafted in North West London singer LUCITA JULES (sister of Mi-Soul DJ Jon Jules) to handle the vocals and she carried it off beautifully.

Now Mr P has had the song remixed for even more listening/dancing pleasure. The mixer this time around is Michael Gray who lifts the tune into classy and non-frantic soulful house  territory. All the song’s key elements are retained and Ms Jules’ vocal sounds as convincing as ever. Gray’s “dub” mix offers a little more intrigue.

This “new” look at ‘Optimistic’ will be good to go from April 9th via dear old Nervous Records. And never forget… “we can win – as long as we keep our heads to the sky!”.