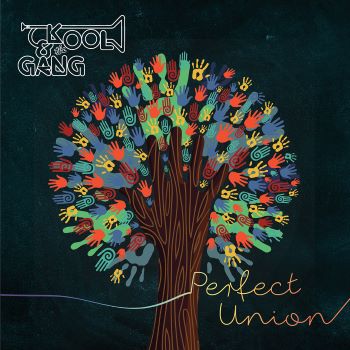 It’s been a month of pleasant soul surprises – a new album from Jam & Lewis, the release of a “lost” LP from Vince Garcia (Drizabone) and now the announcement of a new long player from soul and funk veterans KOOL & THE GANG. The album will be  a ten tracker ‘PERFECT UNION’ and, incredibly, it’s the band’s first set since 2011.

We’ve learned that ‘Perfect Union’ was produced by Ronald Bell aka Khalis Bayyan (Robert/Kool’s brother) who sadly passed in September last year. We’re guessing therefore that the set has been in the can for a while and Kool and the boys have been polishing it and finding the right label to place it with. That label is the old Baltimore imprint Ru-Jac which is now being marshalled by Omnivore Recordings.

‘Perfect Union’ proffers a classic Kool &The Gang  sound – tight, crunchy, soul-funk aimed fairly and squarely at the dance floor. Song titles like ‘The Weekend’, ‘Sexy (Where’d You Get Yours)’, ‘Leave It On The Dance Floor’ and ‘Good Time’ speak for themselves! The album’s focus track  though is a little different. It’s ‘Pursuit of Happiness’ and it tops and tails the collection – opening the LP with a non—rap version and closing it with a rap mix. It’s a steady groove calling for love, peace and understanding. It’s a hopeful cut with the lyrics calling for “more Kennedys, more Kings”  and it’s the album’s lead off single.

Robert Bell says: “My brother, Khalis, wrote the single ‘Pursuit of Happiness’ around the time of Obama’s second campaign for President. That was such an inspirational time and the hook and music just bolted out of him. That time period was a pretty creative period for him and all of us. Now that he has passed, that name, ‘Perfect Union’ makes even more sense to me. It’s about us. He used to say we were the koolective genius of a band called Kool & the Gang. We came together as kids, and it’s been a perfect union. He knew that.”

KOOL AND THE GANG; PERFECT UNION out August 21st via Ru-Jac/Omnivore.