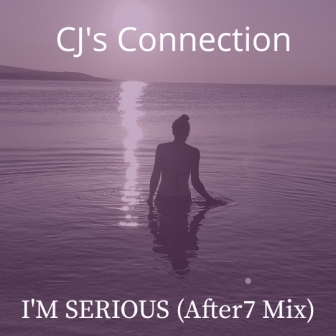 Earlier this month we highlighted a tune from a new outfit – CJ’S CONNECTION … the brainchild of veteran radio presenter Cliff James. The song was ‘I’m Serious’ and it won massive air play on all the best soul stations… “Record of the week” no less on John Leech’s popular BBC Soul show.

In its original mix ‘I’m Serious’ had a lovely old school SOS Band feel to it while there was also a crisper, faster ‘Blackjack Mix”. Now you can investigate a third tweak… “the After 7” mix…. taking its inspiration from that light, sweet pop/soul sound of the Edmonds brothers group. It’s out now!