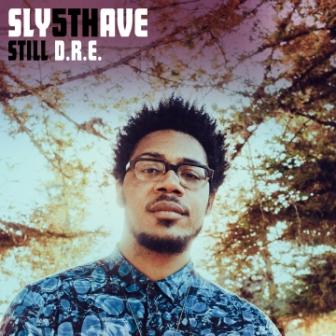 Last autumn we brought to the attention of adventurous soul seekers a performer known as SLY5TH.AVE. Sly5th.Ave is the alter ego of Texan muso Sylvester Onyejiaka whose influences, he says, are West African music, soul and jazz. He’s been around a while…. a graduate of the University of North Texas, he’s worked with Philip Lassiter, Prince’s New Power Generation, Stevie Wonder, The Dave Brubeck Quartet, Janelle Monáe and Quantic.

His last single was a bumpy, cosmic soul groove, ‘Let Me Ride’ which featured vocals from Jimetta Rose with backing from a full live, orchestra. No wonder it caused a stir.

The man’s new single wins release in April and it’s a cover of ‘Still D.R.E’ (more of D.R.E. later). The new rework, like ‘Let Me Ride’, features full orchestration and they achieve a broody, moody feeling that is never less than interesting. The tune’s putative B side is a new mix of ‘Let Me Ride’ which has been tweaked by Stro Elliot of the Roots.

The single is another instalment in Sly5th.Ave’s ongoing tribute to Dr Dre. There’s a full long player (‘The Invisible Man: An Orchestral Tribute to Dr. Dre’) on the way but in the meantime we can enjoy the shifty, moody single which, by the way, is currently being championed by people like Lauren Lavern, Craig Charles and Jazz FM.