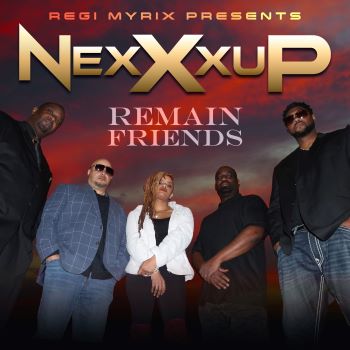 Latest offering from the REGI MYRIX stable is a tight contemporary R&B groove from NexXxUp (their spelling), ‘Remain Friends’.

It seems that NexXxUp is a five-piece vocal group featuring putative femme lead Courtney Danger alongside  Tavi Hall, Lamar Kelsey, Cornell Moore and  Jahra Kennedy. ‘Remain Friends’ is their own song. As the title suggests the song deals with relationship problems but the big attraction is the vibe and the trading of voices in best old school vocal group style. The single is out now via MyrixMediaGroup and we believe it will also be featured on the upcoming album ‘BlakButtahVOL2.’