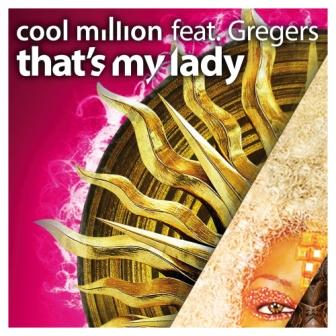 Not heard too much from the COOL MILLION crew for some time now, that’s because the duo have been busy putting together their very own ‘Best Of…’ album and with such a quality laden back catalogue, that’s some job!

Anyway as a taster for the set Cool Million have just released a stunning modern soul single, ‘That’s My Lady’. The cut, on their Sed Soul label, features a soulful vocal from a gentleman called Gregers and you can enjoy the tune in the original “Berlin” mix or the slightly more electro-tined “Boogie” mix…. both are stamped all over with everything you’ve come to know and love about Cool Million.

Once the ‘Best Of… ‘ has come and gone Rob and Frank are going to get stuck into a tenth anniversary album. Yep, hard to believe but by 2018 Cool Million will have been turning out quality modern soul for ten years… and to celebrate there’s going to be a very, very special album!